Every so often someone sends me one of those pop culture survey things, like you see on Facebook or wherever, and I realize it might make for an entertaining column. So I use this space to answer it, on the theory that it’s silly to give away something on Facebook or Tumblr that can be re-purposed into actual pay copy. In this particular case, it was “favorites.”

Favorite Current TV Show When You Were Six: That would be in 1967, and really it has to be the Adam West Batman.

I’ve explained why any number of times, most recently here.

Favorite Current TV Show When You Were Sixteen: That would make it 1977, when the bionic era of superhero TV was winding down. Probably The Incredible Hulk.

It wasn’t the Hulk show I wanted, exactly, but Bill Bixby was absolutely nailing it as Banner, and I became a big fan of the Hulk magazine that Marvel revamped from The Rampaging Hulk when the show became a hit.

I think the show served to remind me of all the things I liked about the concept and also that the Hulk character worked much, much better in a world that was not populated with superbeings (that was the approach the magazine version took, as well.)

Favorite Current TV Show Now: Well, right now, as of August 2017, most of the ones we watch are on hiatus. But of those, Timeless is the one to beat.

Explained why here. But it’s on hiatus at the moment. So airing RIGHT now, I guess we’d go with Dark Matter.

They are managing to ring all sorts of changes on the basic premise without actually damaging the idea beyond repair, and even now that most of the mysteries have been revealed, the series is still engaging. And this season they even let the actors be funny, which was a real treat.

Favorite Book When you Were Six: I think it would have to be The Scarecrow of Oz. 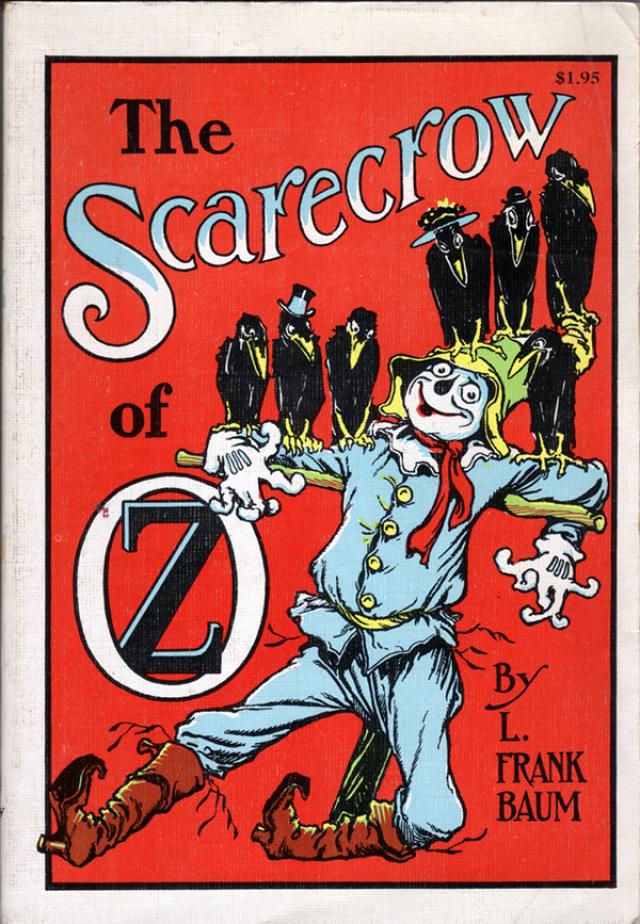 Favorite Book When You Were Sixteen: This is a lot harder because by this time I was a voracious reader. Every nickel of the income I made mowing lawns and babysitting and so on went for reading material; this was the time when I discovered pulps and paperback series adventure and all sorts of great stuff. Even excluding comics, there was still just a huge avalanche of material I was consuming and I loved it all.

I was also falling in love with science fiction all over again, from Asimov to Zelazny and back, finding my way to classic SF through gateway-drug volumes like Laser Books, the Weird Heroes anthologies and David Gerrold’s nonfiction Star Trek books.

But I think the one I loved the most, just for its structure and its lean-n-mean prose style and its sheer punk-rock attitude, was the original Logan’s Run by William Nolan and George Clayton Johnson. The various attempts to adapt it for film and television all fell kind of flat but the novel itself is pure pulp adrenaline in science-fiction drag. I kind of backed into it because I had bought the first issue of Marvel’s five-part comic adaptation of the movie and couldn’t wait the four months it was going to take to get to the rest of the story. Knowing I wasn’t going to get to see the movie, I went after the book. (My usual work-around in those days.) And the book just about set my hair on fire.

It was very different from the comic– or, rather, the movie the comic was adapting– but that was all the better. The novel had all the action and adventure a pulp fan could dream of and also layered in some very cool social commentary that was biting and satirical without being too in-your-face about it. And the spare prose style, that still managed to seem sort of poetic, was something I fell in love with (and frankly stole from shamelessly when I started to write my own stories.) Nolan wrote two sequels, Logan’s World and Logan’s Search, that weren’t quite as good as the first but still very worthy books. There’s a great omnibus edition, Logan: A Trilogy, that’s sadly out of print but you can still find it used without too much trouble.

Favorite Book Currently: Truthfully, I have too many to list here. But in the last year, the new-to-me book I think I enjoyed the most was probably either The Worlds of Edgar Rice Burroughs or Art In the Blood.

The Burroughs book is one of those tribute anthologies, wherein various authors are invited to do a pastiche of a favorite Burroughs character. They’re all pretty good. I especially enjoyed Joe Lansdale’s “Tarzan in the Land That Time Forgot,” and Mercedes Lackey’s Pellucidar entry, “The Fallen.”

Art In the Blood is the latest in the long list of Holmes Vs. the Ripper stories, but it managed to ring some interesting changes on the idea. I still think Dust and Shadow is the one to beat, but this one is one of the better efforts.

Favorite Movie When You Were Six: Probably The Wizard of Oz. I have to admit it is the ONLY movie I remember from that age, because it led me to the Oz books.

Favorite Movie When You Were Sixteen: I didn’t get to see movies in the theater very often; mostly because of money, and also because Mom was insanely strict, so if we wanted to see something cool there was a fair amount of sneaking around to do. But the seventies were also the golden age of made-for-TV features, and of those, Spectre had me at hello.

It was a post-Star Trek pilot Gene Roddenberry and Sam Peeples wrote featuring Robert Culp and Gig Young as a sort of Holmes and Watson of the supernatural. And in 1977 it hit me right in my Dr. Strange/Robert E. Howard fantasy-loving heart, not to mention feeding the rediscovery of my love of Sherlock Holmes with The Seven Per Cent Solution. And also, Robert Culp in smooth supercool Columbo-villain mode (even though he was the hero.)

Let’s just say it ticked all the boxes for sixteen-year-old me. I saw it just once, the night it aired, and though my memory of the plot faded, I never forgot the sheer awesomeness of the final confrontation with the worshipers of the lizard-god Asmodeus in the hellpit beneath Cyon Manor.

Never got any kind of home video release and it was never rerun anywhere, so I lived off the memory of it for a decade or so. I finally found the Robert Weverka paperback novelization in the 1990s.

That had to suffice until the internet came along, when my old friend Rick D. from Studd very kindly sent me a copy of the actual film. It still holds up.

Favorite Movie Currently: Well, again, we don’t get out much. But I guess it’s probably a tie between John Wick (both one and two) and The Legend of Tarzan, with honorable mentions to Star Trek Beyond and Guardians of the Galaxy Volume 2.

So there you go, It’s kind of an interesting exercise because none of these are things that I consider my ACTUAL, all-time, favorites. For favorite TV show it’s probably either the original Star Trek or the original Mission: Impossible or possibly The Middleman; for favorite movie it’s either The Maltese Falcon or All the President’s Men or Quigley Down Under or maybe The Warriors, depending on what day you ask me. And favorite book is almost impossible to nail down. Best I can offer is favorite book SERIES — the original Ian Fleming Bonds or John D. MacDonald’s Travis McGee or Robert E. Howard’s Conan. But it was fun to look back at specific years and try to remember where my head was at.

You can take a swing at it yourself down in the comments. As for me, I’ll be back next week with something cool.